The women’s suffrage movement, a battle still being fought today in some countries around the world, consisted of women gaining the right to vote, only 100 years ago.

Towards the end of the 19th century, and early 20th century, women across the UK began to campaign for their right to vote, forming two main political groups:

These groups were originally formed as a result of a petition which demanded equal voting rights being defeated in parliament, by 196 votes to 73.

The former of these, the National Union of Women’s Suffrage Societies, became known as the Suffragists, whilst the latter, the Women’s Social and Political Union, was titled the Suffragettes.

At the time, these nicknames were introduced by newspapers who ridiculed the idea of women gaining any rights or power other than those from within the kitchen.

Whilst the two groups were different, and used entirely different tactics for the same gain, supporters of both paraded in purple, white and green, with banners, badges and sashes displaying: ‘Votes for Women’.

The suffragists movement existed around 1890-1919, largely led by Millicent Garrett Fawcett. This group campaigned peacefully, focusing on votes for middle-class, property owning women. By 1990, their respectful protesting had resulted in proposed laws in favour of women’s suffrage, gaining support in Parliament, yet not enough to pass the law.

Emmeline Pankhurst, one of the most famous women during this period, eventually grew frustrated with the peaceful protests proposed by the Suffragists, so she formed her own society – The Suffragettes.

This society was more inclusive, welcoming women from various backgrounds, and were more active in their fight for the cause.

Their motto, Deeds Not Words, essentially summarises their fight. They protested violently in order to cause change, and be listened to. They broke windows, planted bombs, tortured themselves in attempts to gain attention through handcuffing themselves to railings and going on hunger strikes.

Many of these women were imprisoned, where they were force fed and held down, after too many died from hunger strike in prison.
The government at the time, which alternated between Conservative and Liberal Prime Ministers (until the Liberals gained three in a row) during the time in which women gained voting rights, greatly disapproved of the lengths at which the Suffragettes were going to in order to make a stand and gain attention.

Without the government’s support, it was no surprise that so many women faced imprisonment for protesting, especially considering many of their actions were violent.

Although many men did support their rights, the general population of middle-class men and women, disapproved of the movement.

Perhaps the most momentous action any Suffragette took was in 1913, when Emily Davidson stepped out in front of the King’s racehorse, and was tragically trampled on. Whilst her motivations are unknown, it is generally believed she was trying to pin the Suffragette’s banner to the horse. This event further gained attention and support to the cause.

As war broke out, and men across the country were called in to fight, the two movements spearheaded by Millicent Fawcett and Emmeline Pankhurst came together, encouraging women to join the war effort.

Women’s roles in society transformed from inside the kitchen to manual labour to keep the country running, making weapons, working in factories, and leaving home, some for the first time.

By 1918, the women’s suffrage movement had finally gained a victory.

A bill was passed allowing property-owning women over the age of 30 the right to vote. This allowed 8.4 million women across the country to vote in their democratic country.

Around 10 years later, in 1928, women finally received equal suffrage with men, allowing all women over the age of 21 the right to vote.

Meanwhile, across the pond, in 1848 a group of activists began to discuss the problem of women’s rights in New York.

The American women’s rights movements had been paused during the Civil War in the mid 19th century, however, as Black men gained voting rights in 1870, many women saw this as an opportunity for greater change and universal suffrage.

In 1869, a group titled the National Woman Suffrage Association formed, founded by Elizabeth Cady Stanton (who was also the organisation’s first president) and Susan B. Anthony, with the aim of fighting for a universal-suffrage amendment to the U.S. Constitution.

Unlike the UK activists, their American counterparts argued that women deserved the same voting rights as men, because they were different to men, rather than being equal.

From 1910, some states began to give women the right to vote, with a variety of tactics, which were rewarded on August 18, 1920, when the 19th Amendment to the American Constitution was ratified, allowing more than 8 million women to vote in elections later that year. 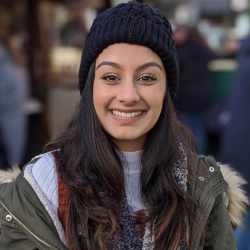